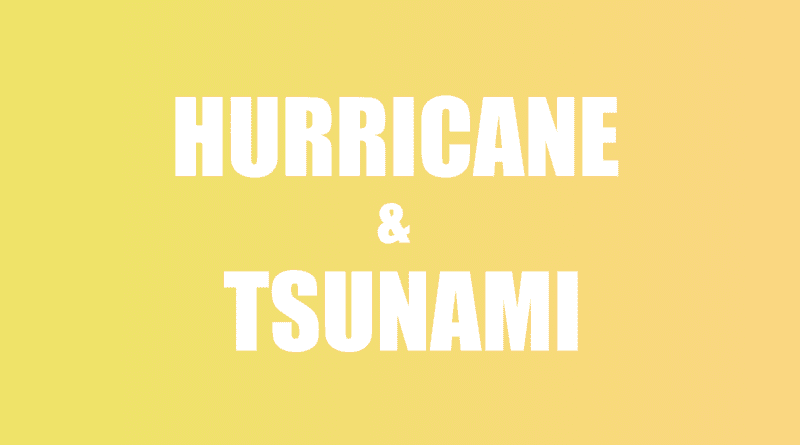 If you’ve ever wondered, can the force of a hurricane create a tsunami impacting a coastline with a large wave or wall of water, the answer is no. A tsunami is created from a underwater event like a earthquake, volcano eruption, or other seismic activity while a hurricane creates a storm surge from it’s wind on top of water.

During a storm surge, wind produces a steady rise in water which hits a coastline causing flooding localized to where a hurricane makes landfall.

This surge is greater closer to the eye, but decreases the further away you get from the eye.

Many in the meteorological community refer to surge as a wall of water, but when you compare it to how a tsunami impacts a coastline, it’s very much different.

With a surge, it’s much slower than the event created from a underwater earthquake, but very much a steady force. But, there is no wave.

If you’re a human witnessing a surge event, you’ll experience a gradual rise in water, 1 inch here, an hour later another inch, increasing gradually but it will be a continual force under the storm passes.

With a tsunami, the sudden jolt of a underwater event literally creates a wave (or series of) which moves very fast over water. When it impacts a coastline, a human will experience 1 inch of water then several feet five minutes later.

EDUCATION: Similarities And Differences In A Nor’easter

Differences In A Tsunami And Hurricane

Interestingly, we saw a lot of people searching the Internet for the difference between a tsunami and hurricane, so we wanted to answer this. Neither of these events are related in any way. One does not cause the other, and they are completely separate events.

Consider the analogy of a water dam standing one thousand feet in the air and you’re a human standing a half mile from the dam.

If in an instant, the entire dam ceased to exist and every cubic volume of water is released, the dam ceasing to exist is synonymous with a earthquake, volcanic eruption, or seismic event and what you’d experience as a human once the water reaches you is what you could expect from a tsunami impacting the coast.

In this case, the breaking off of 100 feet of the concrete dam is synonymous with a hurricane or tropical storm and what you’d experience as a human once the water reached you is what you could expect from a storm surge hitting the coast.

EDUCATION: What Conditions And Damage Can I Expect In A Category Level Storm?

While the first event is certainly more abrupt, the final result is major flooding and rapidly moving water which can overpower humans, animals, and structures.

In short, the abrupt shift in land underwater produces more energy which pushes water compared to wind moving over the surface of water.

Therefore, a storm surge during a hurricane is not like a tsunami even though the final outcome is similar and costly to humans, animals, and structures.

Using the form below, let’s talk about what we just discussed, and if you’ve experienced either once of these events we’d love to hear your accounts of what happened.

Use This Link To Estimate The Weight of Water 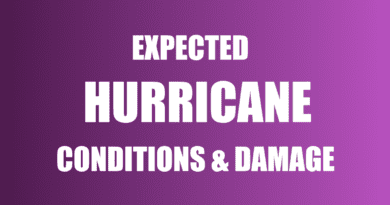 What Weather Conditions And Damage Can I Expect In A Category Level Hurricane? 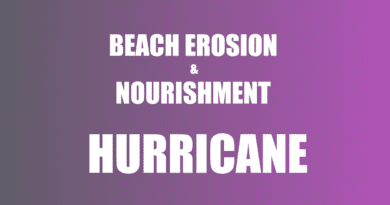 Beach Erosion And Nourishment After Hurricanes And Tropical Storms 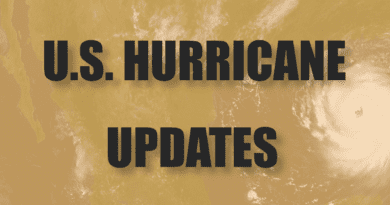 U.S. Hurricane Updates Information For The Atlantic, Caribbean, And Gulf of Mexico