Before I begin this article on Carteret County politics in NC for 2020, I am going to tell you that if you are a Democrat, Republican, Conservative, Progressive, and even an Independent, I am probably going to make you very mad because I have a unique message for you.

Readers are encouraged to share this article on Facebook and Twitter so that other voters in the county can join the conversation and debate the issues we face in the up and coming 2020 elections.

Additionally, readers are encouraged to subscribe to and use the discussion form below to have your say in local politics.

For my Progressive, Democrat, Republican, and Conservative friends, who remembers the following:

President X is not even from the United States.

If X is elected, it will be the end of the United States.

President X will only proliferate anti-Christian interest in our county.

President Y is a dictator.

President Y will destroy Democracy and will ruin the United States.

It appears to me that Democrats and Progressives who were furious at the sky is falling attacks on President X are now doing exactly the same thing to President Y.

And, the Conservatives and Republicans who are furious at the sky is falling attacks on President Y did exactly the same thing to President X.

Unfortunately, I expect the same thing will happen in Carteret County politics and NC state politics.

But here is the scary part, nobody is going to win what they want. Ever. Why?

During President X’s time in the White House, the political left built a massive Army of voters who were enraged at the level of name calling, disinformation, and ramming of legislation down the throat of America that only benefited left wing people.

And this got President Y elected.

In 2020, the political right is building a massive Army of voters who are enraged at the level of name calling, disinformation, and ramming of legislation down the throats of America that only benefit right wing people.

It will be interesting to see if this results in getting a left wing President elected in 2020.

Here is an analogy I want every voter to consider as they move forward during the 2020 election season.

The Atlantic Ocean is cold hard reality. The boat is America. There are two people on the boat, a Democrat and Republican. If either of these two people refuse to catch fish and decide to obstruct, resist, cause chaos for the other person, both people are going to starve and drown.

Every bit of hard core resistance, obstruction, and chaos that one party does, only causes the other side to dig deeper in to their ideology.

Put another way, the antics of the left during President X’s time in office gave you President Y. You were denied any type of gun control, climate change attention, and other issues that the left wants.

What will be interesting to see is if the antics of the right while President Y is in office will build the same Army that denies the right what they want.

There will be no climate change if everyone on the right obstructs and resists just to spite the left.

There will be no voter ID laws if everyone on the left purposefully obstructs and resists just to spite the right.

In regards to Carteret County, in races for county commissioner, board of education, the house, and senate, I imagine this will be a particularly brutal season. Obviously, someone will win.

Just keep in mind, whoever wins, given our current political landscape of pulling out every possible pandering tactic, name calling, destruction of people’s businesses (cancel culture), revenge and spite, getting people fired for their ideology, refusing to hire based on political ideas, and using unimaginable resistance and obstruction efforts is just going to cause the other side to do exactly the same.

And, the boat will sink with both of you in it.

There will be candidates who win elections in Carteret County NC, but I can’t see either of them making any progress if 50% of the people in the county do everything they can to undermine and cause chaos.

It’s also important to remember that there are provocateurs at every level of politics. There are major partisan websites and organizations who are payed big money to incite fear and put out viral disinformation just to scare people in to voting a certain way.

Additionally, there are people from the political right who are disguised as the political left on social media and websites using disinformation and scare tactics to get right wing people to turn out in large numbers.

There are people from the political left doing the very same thing.

As we roll in to the 2020 elections here in North Carolina and Carteret County, I fear that many voters will go to the polls enraged, spiteful, resentful, and revengeful not realizing that these emotions will sway their vote. This of course will cause the other side to do the same next election.

I am hearing the political left talk about disrupting American cities and causing mass chaos if President Y is re-elected.

And, I am hearing the political right talk about using jury nullification to cause mass chaos if President Y isn’t elected.

Both parties and Americans will lose from that scenario.

If you are a Carteret County NC voter, I welcome your thoughts on politics or my article using the discussion form below.

With all of that said, what are the issues we face here in the county?

I want to hear from voters on county commissioner and board of education candidates.

How are we going to double in population size and business growth while still maintaining the unique coastal ecosystem we have on Bogue Banks, down east, at Shackleford Banks, and Cape Lookout?

How are we going to get schools funded and reach a budget? Right now, there is a huge conflict with that. What are we going to do when we have to build new schools because of I-42? You think we can do that with constant resistance and obstruction from either party’s supporters?

What are other issues that voters are important in Morehead City, Beaufort, Newport, Atlantic Beach, Emerald Isle, and Harkers Island? 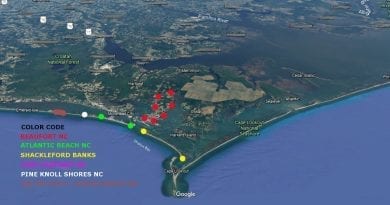 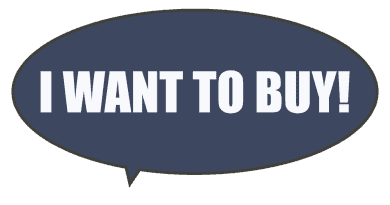 I Want To Buy In Carteret County NC. People Looking For Things Being Sold In The Area. 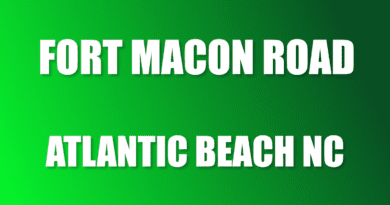