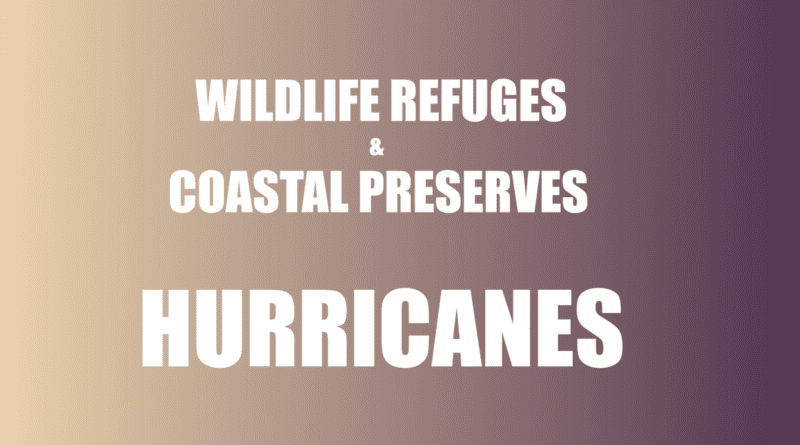 We hope this will be an ongoing discussion forum on the impacts to marine mammals, vegetation, animals, ecosystems and habitats, and living shorelines within coastal preserves and wildlife refuges as hurricanes and tropical storms pass through these areas along the Atlantic and Gulf Coast with greater strength and frequency.

While much of the media coverage and forecasting is done to protect humans, we felt it important to also remember that hundreds of wetlands and protected areas along the coast are hit just as hard by hurricanes and tropical storms.

Using the discussion form below, lets discuss the following:

What impacts from tropical system related weather happens to sea turtle nests along shorelines and sand dunes? Especially those sea turtles which are considered vulnerable and federally protected?

How do high winds and the destruction of vegetation and foliage impact migration habits of ducks, geese, shorebirds, and other birds?

With regards to storm surge, how does saltwater pushed upstream in to freshwater ecosystems impact fish and other species? Or, how does freshwater flooding making it’s way in to saltwater marshes impact coastal fisheries and hatcheries?

EDUCATION: Do These Systems Hit Northeast States And Beaches?

How do you think this impacts commercial fishing and seafood for humans?

What are some examples where past hurricanes and tropical storms caused long-term structural changes to estuarine forest canopies which disrupted many environmental habitats?

What are some ways local county and parish, state, and federal government agencies, along with the public, can mitigate damage to coastal preserves and wildlife refuges?

Cows From One Island Found On Another Island In NC

How does stormwater runoff from cities, towns, and roads in to forests and coastal marshes impact future generations of fish, birds, ducks, geese, and mammals?

EDUCATION: What Are The Saffir-Simpson Category Levels?

What are the impacts to the very vulnerable and very important coral reefs which dot the Caribbean islands, beaches, and waterways?

How does the forced relocation and evacuation of animals from one habitat in to others impact the overall structure of the safe habitats?

What happens to coastal preserves and wildlife refuges along the coast if hurricanes and tropical storms continue with greater frequency and strength as climate change continues unabated?

So let’s talk, what preserves and refuges in your state, county, or parish are situated along the coast, and what are residents and governments doing to help both humans and wildlife in your local area once impacted by a hurricane or tropical storm? 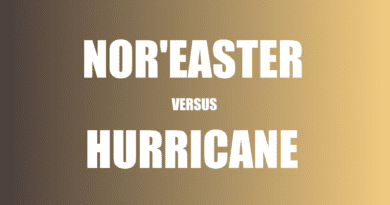 What Are The Similarities And Differences Between A Nor’easter Storm And Hurricane? 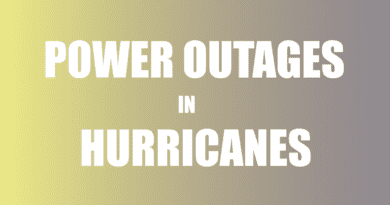 Power Outages And Downed Lines During Hurricane And Tropical Storms