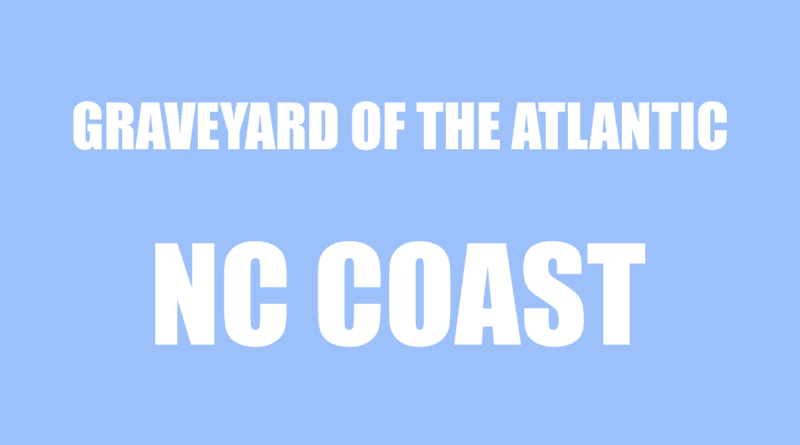 We want this to be an ongoing historical discussion forum using the form below and relating to any information pertaining to the Graveyard of the Atlantic and shipwrecks along the NC coast from the border of Virginia through Cape Hatteras, extending to Cape Lookout and Cape Fear, and finally to the border of SC.

Readers are encouraged to use the no registration form below to talk with us and other readers. Also, please consider subscribing to replies so you get notifications when replies to your content are made on the site.

The coast of North Carolina has a storied history with shipwrecks because the waters off our coast have several unique features which makes our waters very rough and treacherous. Combine that with early day’s primitive navigation tools and access to detailed weather information and the level of danger was worse.

Estimates are anywhere from 550 to 2000 shipwrecks exist just offshore from VA to SC with the greatest concentration being near Diamond Shoals and Cape Hatteras down to just south of Cape Lookout in Carteret County.

Contributing Factors To The Graveyard of the Atlantic

Undoubtably, weather played a huge role in the numbers of vessels which sank off our coastline. Even today, hurricanes and tropical storms are very common in the summer and fall months which can cause havoc for maritime movement even in modern times. But, without access to radar information and advanced technologies, ships traveling the East Coast from 1526 to the late 1800s were likely caught offguard and captains simply lost control of their vessels when they encountered bad weather, or worse when they encountered tropical storms and hurricanes.

If you’re a historian reading this document, or if you’re a researcher on this topic, of the hundreds or thousands of ships lost at sea along our coast, which are officially attributed to bad weather?

Navigation along our waters from the 1500s to the 1800s were certainly advanced for these time periods given our numerous lighthouses, but even with these lights, there were certainly other perils to overcome. We’ve already discussed bad weather, hurricanes, and tropical storms, and we’re about to discuss fast shifting sandbars, shoals, navigational channels, and inlets which made navigation tricky in this era.

Again, if you’re a researcher of maritime history in NC, which documented shipwrecks are officially attributed to navigation issues?

Waterways along the North Carolina coast are tricky, especially around Cape Hattears, Cape Lookout, and Cape Fear. During the era when ships were routinely sinking in our local area, it was very common for documented sandbars and shoals, along with inlets and channels to disappear and spring up in another location making navigation difficult even with the aid of lighthouses. And, no doubt the meeting of two different main ocean currents off our coast and bad weather contributed to this problem for boats.

History clearly shows during World War II, it was common for German U-boats to sit in our offshore waters and watch for commercial ships and other boats to make their way up and down the coast. These U-boats would use lights on land to silhouette when a boat was in range at night and then attack these ships.

Using the form below, what is some research or studying of this era which helped you discover information about this topic? What specific boats and ships are most notable? I think most people know about Blackbeard the pirate and his boat The Queen Ann’s Revenge in the Beaufort Inlet near Carteret County NC, but what other significant ships sank in this local area?

Is shifting sandbars and shoals still a problem in modern times, and how are they dealt with today?

How common was it for German U-boats to sink boats in these waters?

What’s some other information which needs to be added to our article on the Graveyard of the Atlantic to make it complete? 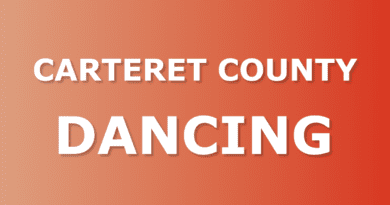 Where Are Some Good Dance Clubs In Carteret County NC? 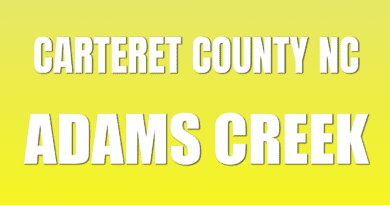 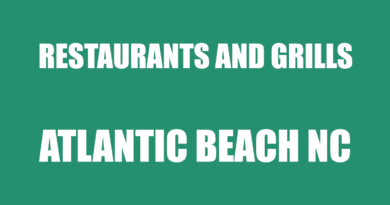