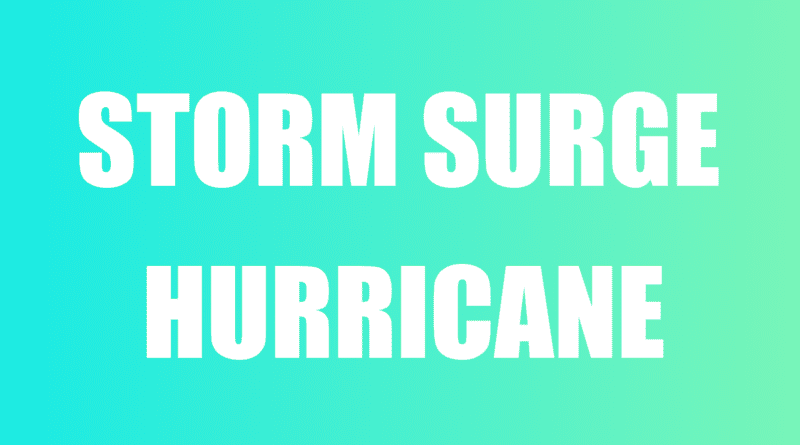 What is storm surge in a hurricane? Storm surge is fast moving and rising wind driven water from the ocean making contact with coastal land areas creating significant flooding and causing major and life-threatening risks to humans and animals.

The risk to inland areas also occurs as water moves up coastal connected rivers and waterways which floods inland areas.

Additionally, storm surge can also cause the water table underground to rise.

This event is further exacerbated by high tide conditions present as a hurricane makes landfall near a land mass, and torrential rains which adds more water to a flooding area.

Fast moving and rising water is the single greatest risk to humans and animals when tropical systems make landfall. The second greatest risk is falling trees.

And, both are not exclusive.

EDUCATION: What Is The Upper Right Quadrant?

Land masses which are saturated with standing water or moving water can soften dirt, or displace it, allowing for the weight of trees to cause failure at the base. The result is a fallen tree which can kill or cause injury to humans and animals.

Additionally, a falling tree can make contact with a structure such as a home creating injury for occupants. And, it can also cause electrical outages as the weight brings down power lines, transformers, and utility poles.

Another completely avoidable risk to humans is fast moving water running over a still intact roadway.

In this situation, it’s always advisable for drivers and pedestrians to turn around and not cross a road with water covering it. This poor decision making by humans creates loss of life at far greater numbers than you may realize during these types of storms.

Category Level Is A Factor

A Category 5 hurricane will produce a greater surge compared to a Category 1 system because the winds are much higher allowing much more water to be pushed over land. Again, this is exacerbated by high tide and cyclones that produce lots of rain. Additionally, land masses under the right side of the storm will see a much greater push of water over their areas (See upper right quadrant link above).

EDUCATION: Please use our local area preparations and planning guide on tips to preparedness.

In higher category cyclones (Category 3 or higher), water along places like the Mississippi River near New Orleans are noted to actually flow in the opposite direction due to the force of the system.

Other places which are extremely vulnerable are islands which have a narrow land mass and water on all four sides like the FL keys do.

Other factors which are significantly affected by this event are beach erosion and the need for beach nourishment after tropical cyclones.

Here in the county I live in, which has a stretch of beach 30 miles long, the total cost to replace sand and vegetation after each cyclone is estimated to be around 24 million dollars.

For coastal communities which see a high number of systems each year, storm surge can seriously eat up county and parish budgets, have catastrophic consequences to animal and marine habitats, and increase damage to structures on low lying land.

If you live in a coastal beach community along the Gulf of Mexico or Atlantic Ocean, or live along a major waterway inland, what are some impacts you’ve observed in years past just before a hurricane impacts a region with storm surge?

How did you mitigate these risks? 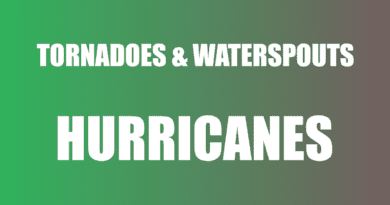 Do Tornadoes And Waterspouts Happen in Hurricanes And Tropical Storms? 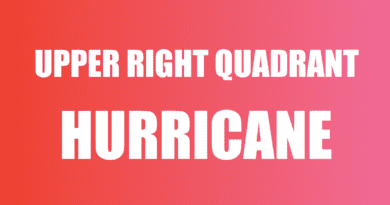 Upper Right Quadrant Of A Hurricane. Is It The Strongest Part?